Chat with us, powered by LiveChat

Working in the Big Apple: Tips on Getting Around New York 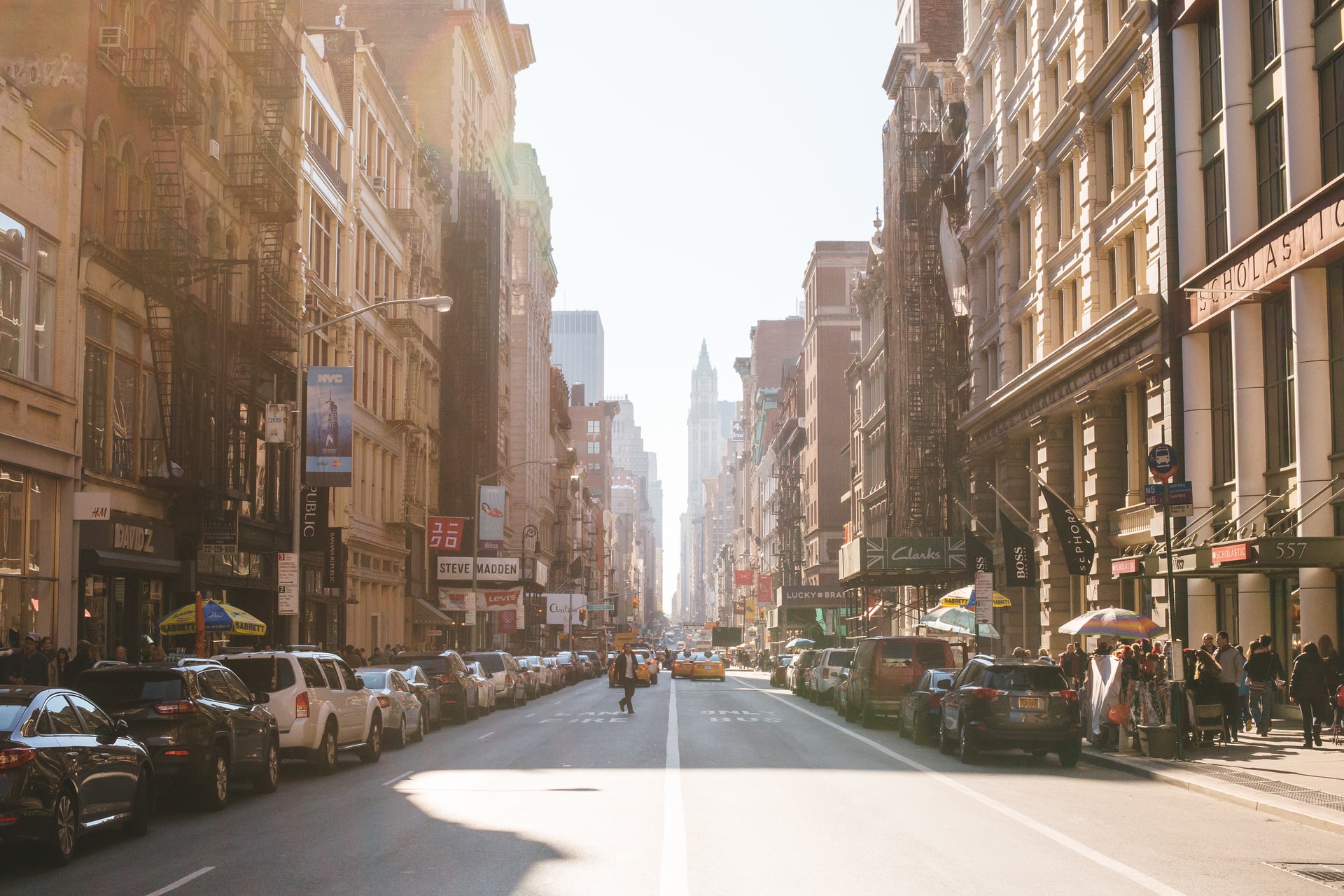 New York is one of the greatest cities in the world. A sprawling metropolis that attracts tourists and a wide array of industries, the Big Apple is a favourite for professionals. Yet for the 9-5ers, getting around New York can be a logistical nightmare.

If you haven’t heard of rush-hour New York traffic, then you’ve seen it in the movies. Rows of yellow cabs stretching for blocks, a gridlock interspersed by hire cars and an army of bikes. With it being one of the densest cities on the planet, there’s no shortage of vehicles, but a majority of the locals will use public transport.

The layout of Manhattan and New York

If you’re remote working abroad and looking for tips on getting around in New York, it’s most likely you’ll be working and living within the Manhattan area. Although not limited to here (with the likes of Brooklyn also having a thriving tech scene), Manhattan is home to world-famous business hubs and creative environments, making it a favourite for remote workers.

Split through the middle by the iconic Central Park, with the East side of New York falling on one side and the west on the other. Think of New York like a grid. Running from top to bottom are long avenues such as 1st/2nd/3rd. Dissecting these are horizontal numbered streets, such as 155th Street in the north, through to 1st Street in Lower Manhattan.

So when someone says they’ll meet you ‘at the subway of East 14th & 3rd Ave’, you can trace the grid and see where it is.

Plan and give yourself time

By understanding how the grid works, you can realise how long it can take to get around.

These ‘blocks’ are often used as a descriptive measure of distance when getting somewhere. ‘It’s only a few blocks away, let’s walk”, or “it’s a couple of blocks east’ may be common phrases you’ll hear. But also remember the sheer size of the place. If you’re staying on 110th and you’re wanting to get to Wall Street, you’re not travelling ‘a few blocks’, but the distance equal to a major city elsewhere.

Plan ahead, do your research and give yourself enough time, whatever mode of transport you choose for your commute.

Options for getting around New York

The subway is the most accessible and well-used way around the city for tourists and locals. Although the aesthetics could do with a facelift, the New York subway infrastructure is vast, connecting the entire city efficiently. You’ll find subways on a lot of block corners, so you’re never too far away from a station.

It’s packed for a reason, as the locals go below to avoid the madness of the traffic above.

‍Depending on the distance and the time of year, a walk through New York can be as magical as the films make out.

The hustle and bustle of everyday life, matched with the sights and sounds that accompany it, immerse you in what the city is all about. It’s the least stressful way of travelling, with overcrowded public transport and traffic not playing a part in your commute.

But don’t forget how long it takes to walk blocks and to wrap up warm in those winter months.

‍Another form of cheap public transport is the bus, with an infrastructure covering north to south.

It saves needing a car, and you can avoid the worries of trying to dodge traffic and instead sit back to browse on your phone. It’s another money saver for those who need to commute daily to their workplace and don’t want the expense of owning a vehicle.

Again remember that above-ground New York traffic is notorious during rush hours, so plan your time.

‍The likes of Amsterdam is famous for the endless revolutions of bikes, yet New York isn’t far behind.

It’s a fast and efficient way of getting around New York and in a city that exhales carbon dioxide in volume, it’s also a planet-friendly solution. It’s a great way to save money, do good and keep fit at the same time, which you'll need when living in New York.

But you must have the correct safety measures in place. New York is a busy city, and the cab drivers aren’t renowned for their caring and empathetic approach towards cyclists.

If you decide to go by bike, do so safely.

‍If you need to commute to or from Brooklyn, Queens, Jersey or the Bronx, the ferry could form part of your day.

Considering the frenetic approach to rush hour in Manhattan, a ferry provides a low octane approach to your pilgrimage to work.  One which allows you to catch your breath before you start. Again, being a cheap public transport means it’s a favourite of locals and its a rare medium of calm amongst the chaos.

As you’d expect, it’s a slower route, so plan your morning.

‍Last, but in terms of capacity, not least, are the famous New York cabs.

As quintessential New York as it gets, the sheer number of cabs (there are 13,587 cabs in New York, to be precise) means that there’s always a ride a moment away. It negates the need to wait, queue and cram on public transport, and gets you right to the doorstop you need.

Yet, apart from a late dash, taxi’s aren't used by remote workers as much. This is due to their higher price and their tendency to get caught up in traffic. By all means, if you have the money to do so, then great. It’s a mode of transport that gives you quiet privacy that is unheard of in the rest of New York transport, but it adds up day-to-day. Plus, if you’re in a frantic rush hour, don’t plan to get anywhere quick.

Getting around New York can be a deep dive into a magical city, or a logistical nightmare filled with stress.

Commuters have long grappled with how to navigate this concrete maze, yet with millions of others doing the same, it can be troublesome. Its mammoth population provides incredible opportunities to network and grow, both personally and professionally. But when it comes to getting to work, you’ll no doubt step on each other’s toes here and there.

Take your time to research, plan and practice your commuter routes. By doing so, you’ll find getting around New York isn’t as rough as others make out.

Such planning removes a layer of stress from your workday, allowing you to focus on sampling all that’s on offer in this incredible city.

If you’re looking at remote work in New York, Landthere's comprehensive package allows us to deal with the heavy lifting, so you can focus on enjoying your work in the Big Apple. Click here to find out more about how it works. 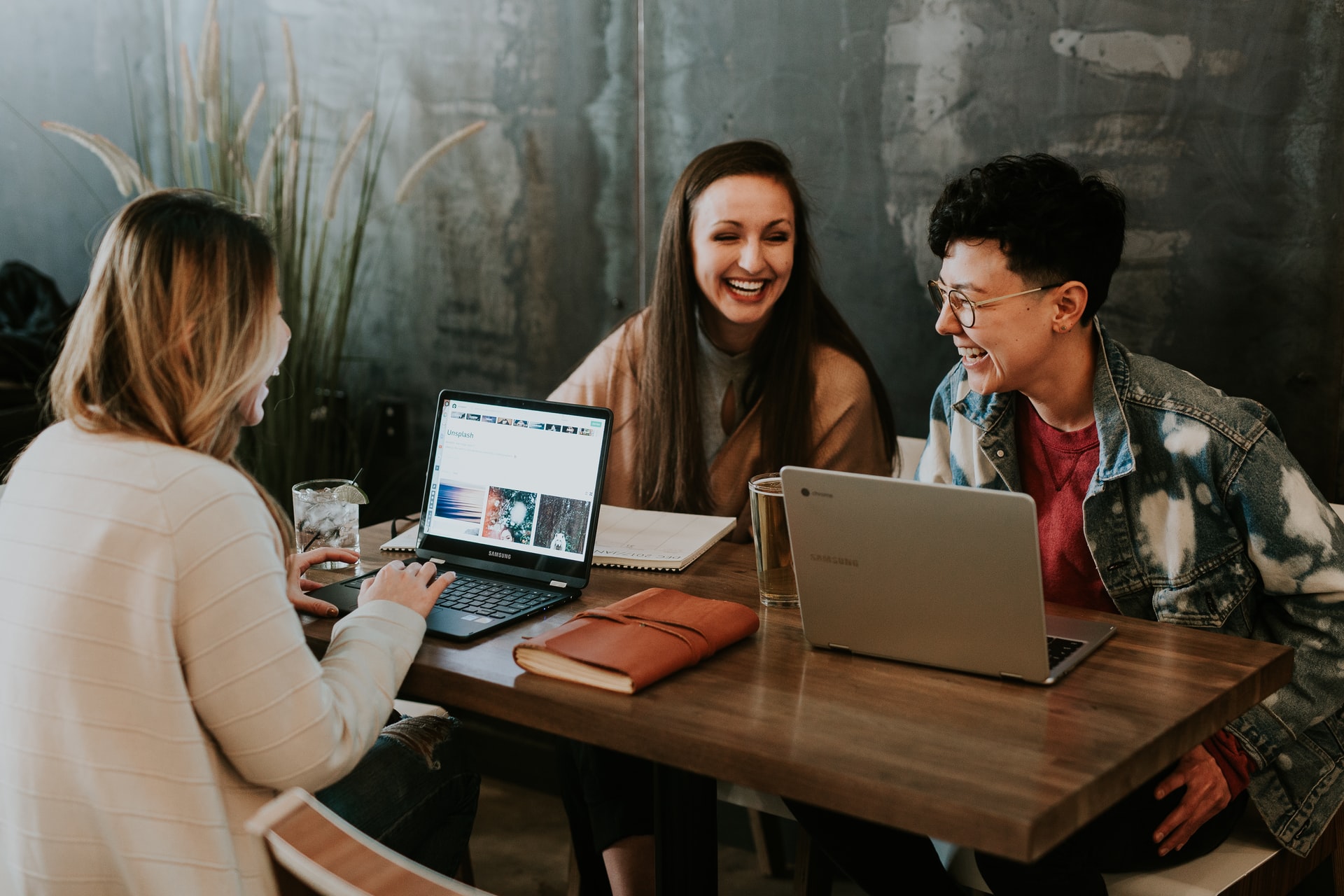 With evidence mounting that remote working can actually improve productivity, and with businesses realising that they no longer need to hold on to expensive city centre real estate office space, it looks like the remote working revolution is here to stay. 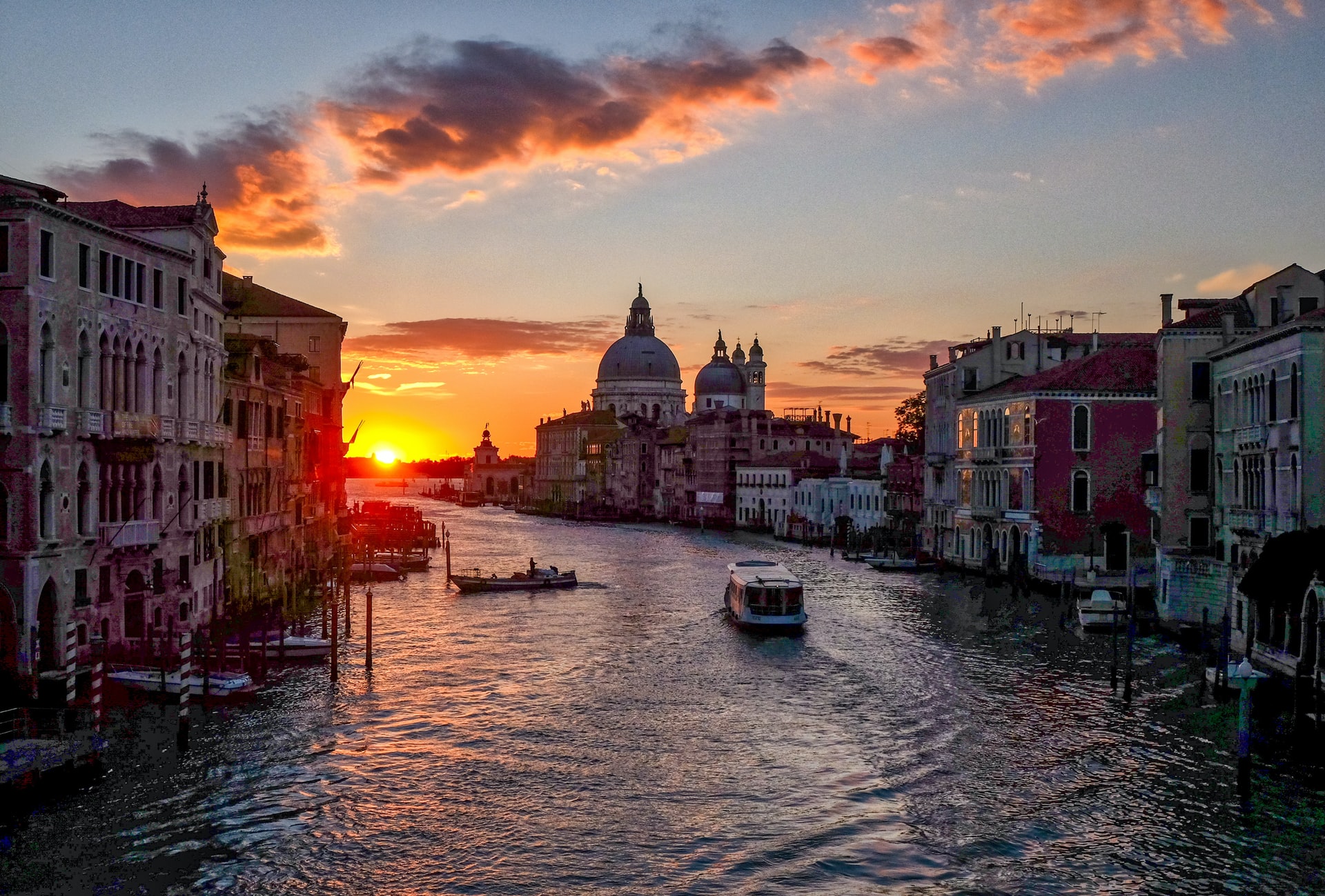 The Best Places to Eat and Drink in Venice

Whether you’re going to Venice for a weekend or are lucky enough to be spending an extended length of time in the Floating City, you’ll want to make sure you’re eating and drinking at some of the city’s top bars and restaurants. Luckily, we’re here to help. 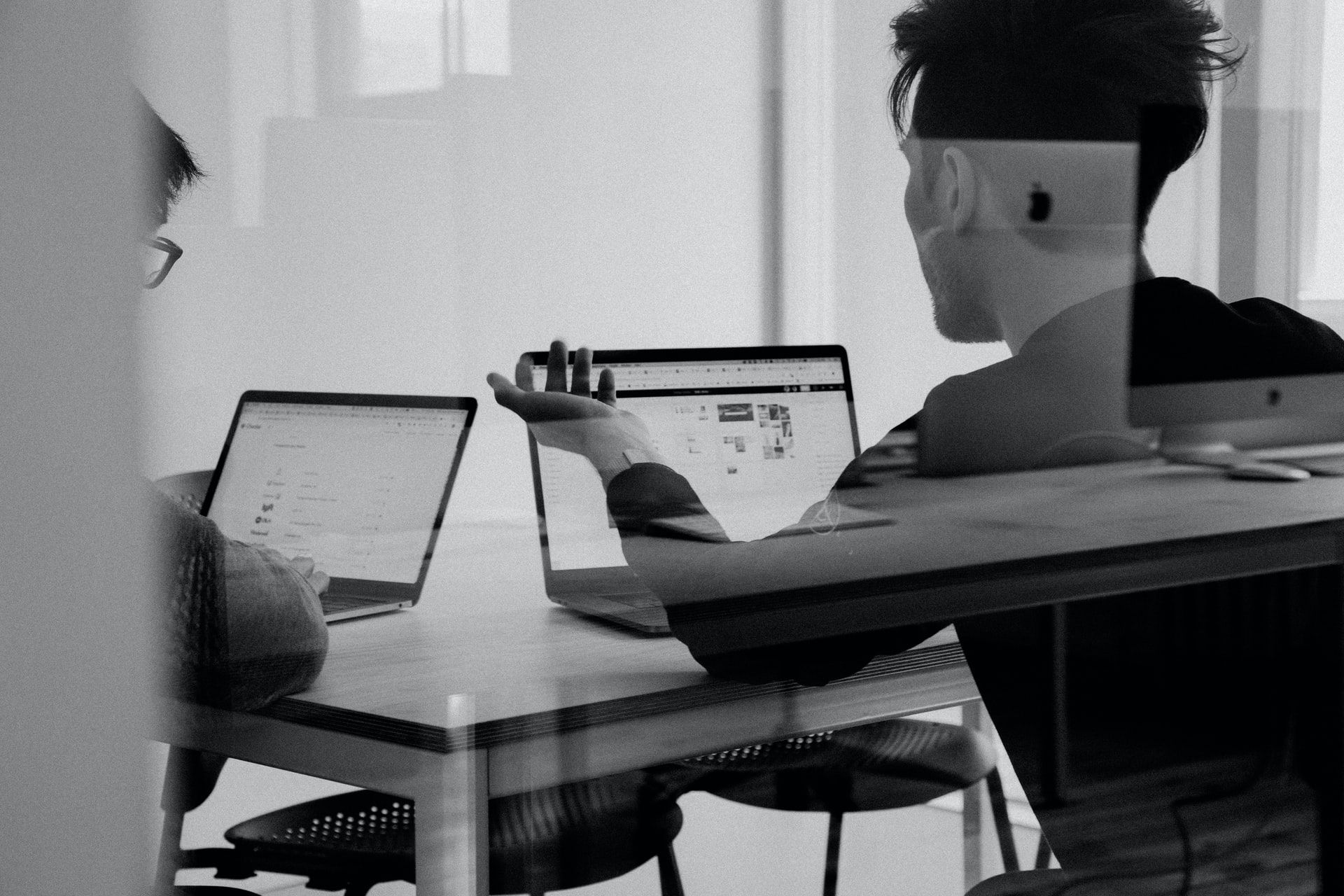 10 Practical Considerations for Companies Who Have Employees Working Remotely Abroad

The digital revolution is perfect for facilitating digital nomads, and more and more businesses are facilitating employees working abroad, and evaluating what this means for them in terms of policies and procedures. 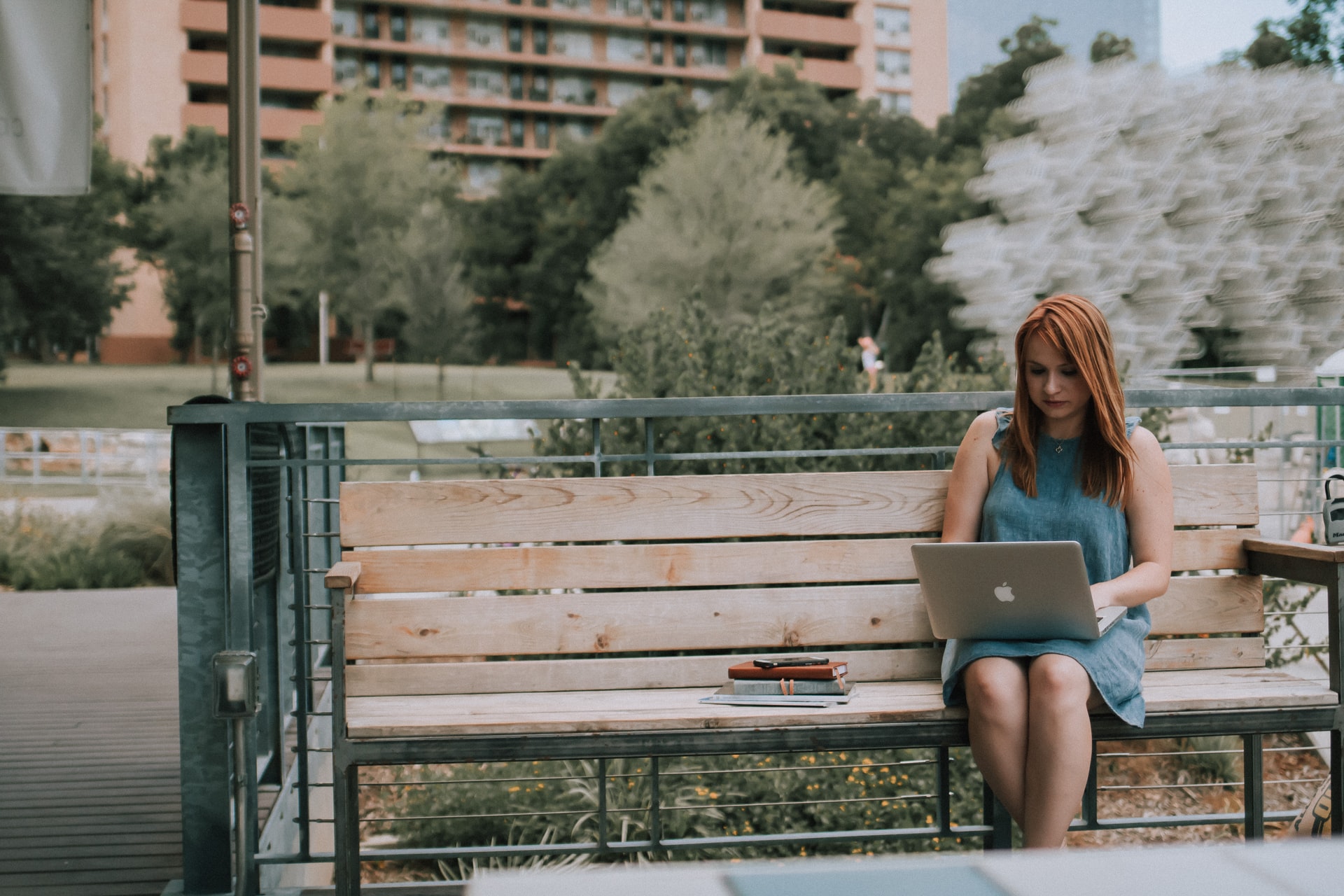 If you’re a remote worker and are struggling to find time for yourself, here are nine tips to help you strike the right work-life balance.